Washington under Domestic Terrorism: What it means for Democratic World.

Future of democracy and freedom of expression in America and US influence in third world politics under question.

At Midnight, scrolling through Twitter, reading every tweet from instant news handles about chaos and violence in the Capital Hill, there were two things on my mind. One that did one world's oldest and strongest democracy just failed and other that What if it wasn't America or a third world country like North Korea, Iran, Hong Kong, Ukraine or even a superpower like Russia or China. I'm not even thinking of touching the topic of mental health status of Donald Trump himself or his supporters as we all already know the answers.

For Facts, we know Hundreds of Trump's supporters breached four layers of security in Capitol Hill, Washington in a desperate and violent attempt to block Joe Biden’s win. As a result of which Four People are dead along with 52 have been arrested and Mayor Bowser have announced curfew for two days and extended emergency period for 15 Days till 21 Jan 2021. A number of Trump's aides and loyalists have either resigned already or are thinking about it in the wake of Trump's extra criminal response to the criminal acts of violence, his supporters did. For which he obviously encouraged them since the day he failed to secure power for another term. Cabinet members are also considering invoking the 25th Amendment that allows Vice President and Cabinet to remove Donald Trump from the Office. Social media sites Twitter and Facebook have temporarily frozen Donald Trump' accounts while Snapchat has done it for an indefinite period. Leaders from across the globe have expressed their concerns over what CNN has termed as 'Domestic Terrorism'.

Although Joe Biden has been elected as 46th President and Trump's supporters need to hold on to their sanity for just another two weeks (with a little help from authorities if required) but even a layman can tell that this mess is far from over. The 70 million people who voted for Trump or hundreds who attacked the symbol of political structure of United States and thousands who supported this on social media aren't going anywhere and no one, not even Biden can just change their opinion. He also will need to consider his approach toward such incidents because so far he wanted to 'heal' America, so I don't know how someone can heal those who doesn't want to be healed and where no strict action can result in the loss of innocent lives. It also raised questions on the sustainability of the democratic structure of the United States and the limit to which Freedom of expression can be given to people there or anyone in the world. If the world's most powerful democracy can lead to this, Is it the fault of democracy or the people's who are in power currently. Obviously it's not the fault of the system but does the system in place is capable of handling such chaotic eruption of 'Freedom' because nobody can tell for sure what will happen after Joe Biden takes oath. Authorities can't just arrest hundreds and put them behind bars or thousands who are supporting this violence on social media, or maybe they can but will they?. If so far the system is appeared to be failed to control these protests and if it kept happening even after 20th January, Why it won't be the fault of the System and what changes legislature can suggest for preventing such incidents in future. Laws are either needed to be amended or enforced with clarity if we don't want to see people tearing Capitol Hill apart in pieces ever again.

Another matter I want to point out that What if it wasn't Washington and a capital from the developing world like Tehran, Pyongyang or Hong Kong, Beijing or Moscow. What the news agencies and Govt officials across the western world, especially in Capitol Hill itself would've been calling it.

" In Ukraine or Hong Kong the media would call these people 'pro-democracy protesters'. I wonder what's different this time?"

NATO militarily invaded Libya to implement a UNSC resolution in the aftermath of a Civil war and I don't need to mention the number of times the United States has officially or unofficially backed the military interventions or advised other countries to ‘respect public opinion’in the Middle East or South Asia. Washington is currently doing 'fine' with a military dictatorship in Egypt and on the other hand funding and supplying armed Syrian opposition. I mean we already knew the real face of this hypocritic world but this is the first time this hypocrisy has been exposed like this. Now some would argue that Iran or China doesn't have a democracy like that of the United States but someone sitting in House Speaker's chair and shouting 'Trump won this election' would like to disagree with them. United States have expressed concerns on the security of nuclear weapons of developing countries like Pakistan, but one would worry about the Nuclear weapons of the United States itself going in wrong hands.

“I hope US nukes don't fall into extremists hands. The situation is very concerning. An alternate plan to take out nukes before they fall into wrong hands is need of the hour.” a Twitter user wrote mentioning Michael Kugelman.

How from this onwards, the United States will direct the third world countries in Africa and Asia on democratic process and freedom of expression and will leaders of those countries still take these lessons with the same face they have made for decades. How these chaotic events will affect the US influence on the World in the future is the matter of great importance because Washington has impacted the political structure and democratic future of many countries for decades, and it brought all of us where we are now. In case we minus this ‘guidance’, what would be the substitute because the United States filled the vacuum of power in the Middle East which the fall of the Soviet Union left. Will we really like an altered reality where the US doesn’t have that level of grip on Middle Eastern politics it has now? These are the questions only time can answer, and We shall see.

America’s Iowa-Class Battleships Were the Fastest Ever Built

New corruption allegations against Guaido, but EU remains loyal to him 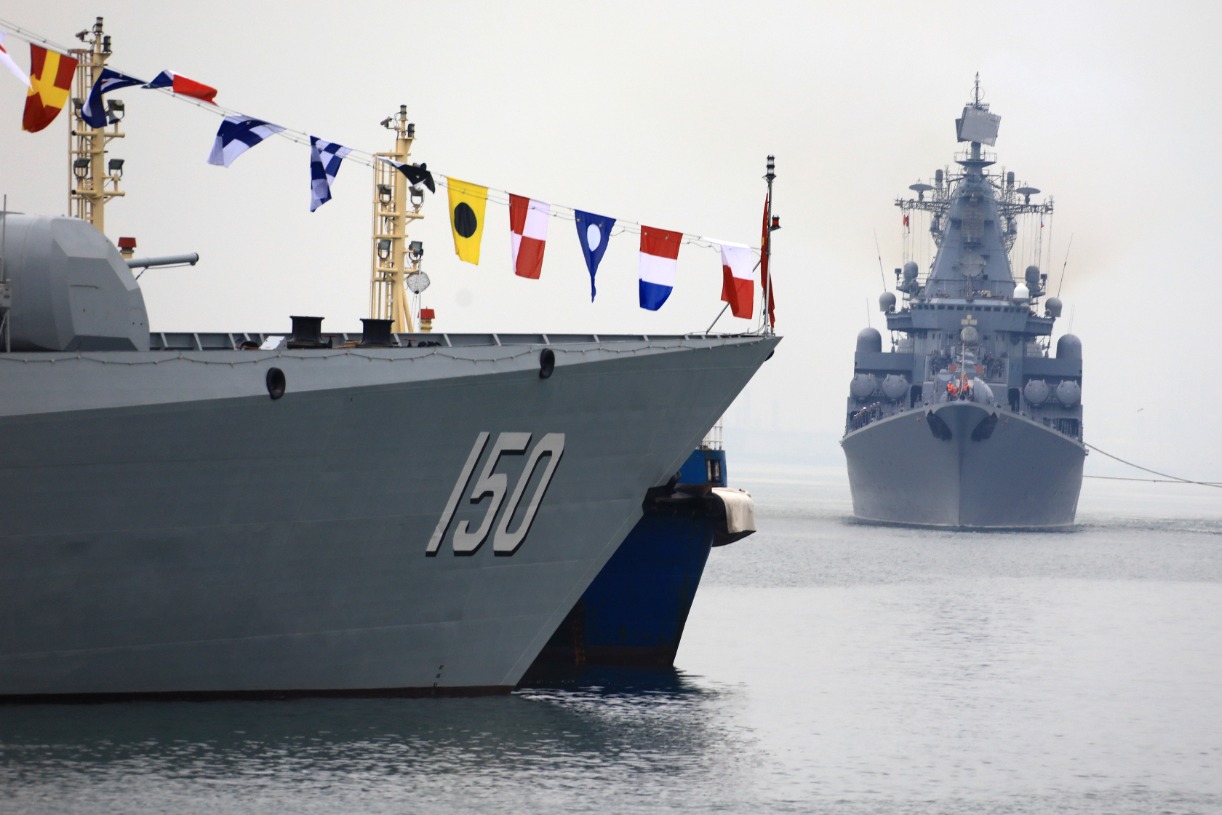 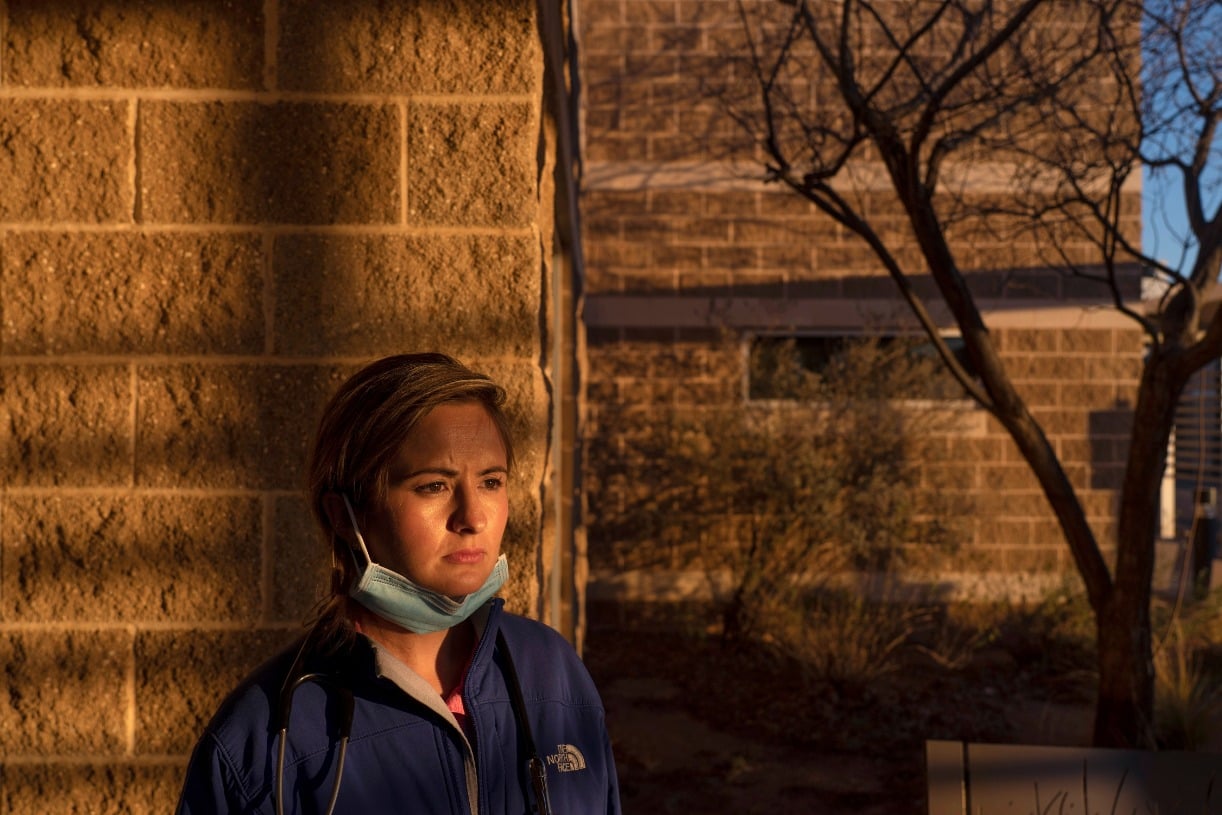 After Kiev has de facto said goodbye to the Minsk Agreement, which it never kept...

Nowadays the MiG-31 is the standard long range interceptor of the Russian Air Force...